Please tell us a few words about yourself.

Ronan de la Morlais, Kedge Bordeaux Class of 2012 graduate and proud former member of the cherished association "Cap Marine" (which has since become the "Kedge Sailing Team"). I've lived in Kuala Lumpur, Malaysia for two and a half years now, and I'm currently a Portfolio Manager at Moët Hennessy. 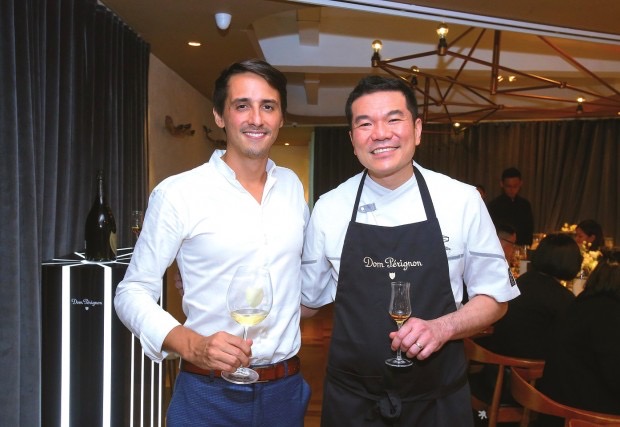 I'm going to start by talking about my years in Bordeaux. As a student, I didn't specialise directly in wine but often went to the conferences of the wine association, AOC, which little by little became a hobby. In the beginning, I had planned to do an internship during my gap year in some kind of company, but three weeks before doing an internship, I talked to a friend who was coming back from an exchange in Shanghai and changed my mind. In fact, he gave me the rational arguments to motivate me: I was in business school so I had to take the opportunity to go abroad and Shanghai is a global and hyper-intoxicating city. He put stars in my eyes at that time. After that, I quickly found an internship very quickly in Shanghai with wine imported. That Chinese experience, I really liked the cultural diversity, which was not tedious, opened my eyes. Being on the international scene clearly accelerated the number of people I met.

After that, I did a seven-month end-of-studies internship at Hennessy's international headquarters in marketing/merchandising/visual identity in Paris (which is a house of the Moët Hennessy group, and also a branch of the LVMH group). I absolutely wanted to go back to China when that internship ended, but it was at a time when the country changed party leaders and anti-corruption policies emerged and it was clearly not the right time to move there. Then, I saw an opportunity in Africa, still with the Moët Hennessy group, in Gabon, on the Business France website (which I completely recommend 100and I immediately got the job. I stayed there for two and a half years - first on a VIE and then a short time on a fixed-term contract. It was a great job, especially for a first job and one that was abroad, and although it wasn't a very big market for my business, it was a very practical experience.

Then, two and a half years ago, I finally found a job in Kuala Lumpur. I didn’t know much about the country but did some research by watching documentaries to get an idea about it. I had the impression that two things characterised the country: street food and a great cultural mix. I arrived with that idea, "with my little suitcase". What’s very nice about being an expatriate is that you say goodbye to a country or continent to arrive in another one. The first few months are spent getting your bearings, and you think"maybe I'll move to this street" or "maybe that person will work at my local shop". In fact, you start from scratch every time. Obviously you leave some people you know behind, but on a personal level, it's quite similar to leaving life at school. At the end of the day, after a few years, there's not many left but you know that those who have are hardcore and will stick around for a long time.

Tell us about the education you received at KEDGE. Why did you choose to specialise in International Business?

The "à la carte" route offered by KEDGE is an obvious asset for someone who already has a general idea of what he or she has in mind. But to be honest, that wasn't really my case, however, it let me explore different areas without having to commit to a full year. I realised that Strategy and Project Management were the areas in which I would be most happy. In particular, I have very good memories of doing projects like business simulations and working with students and professors from ENSCPB, a local engineering school.

In hindsight, I think that this type of work the importance of group work, especially when it involves people with different backgrounds, specialties, and cultures, gives us concrete tools for the future. 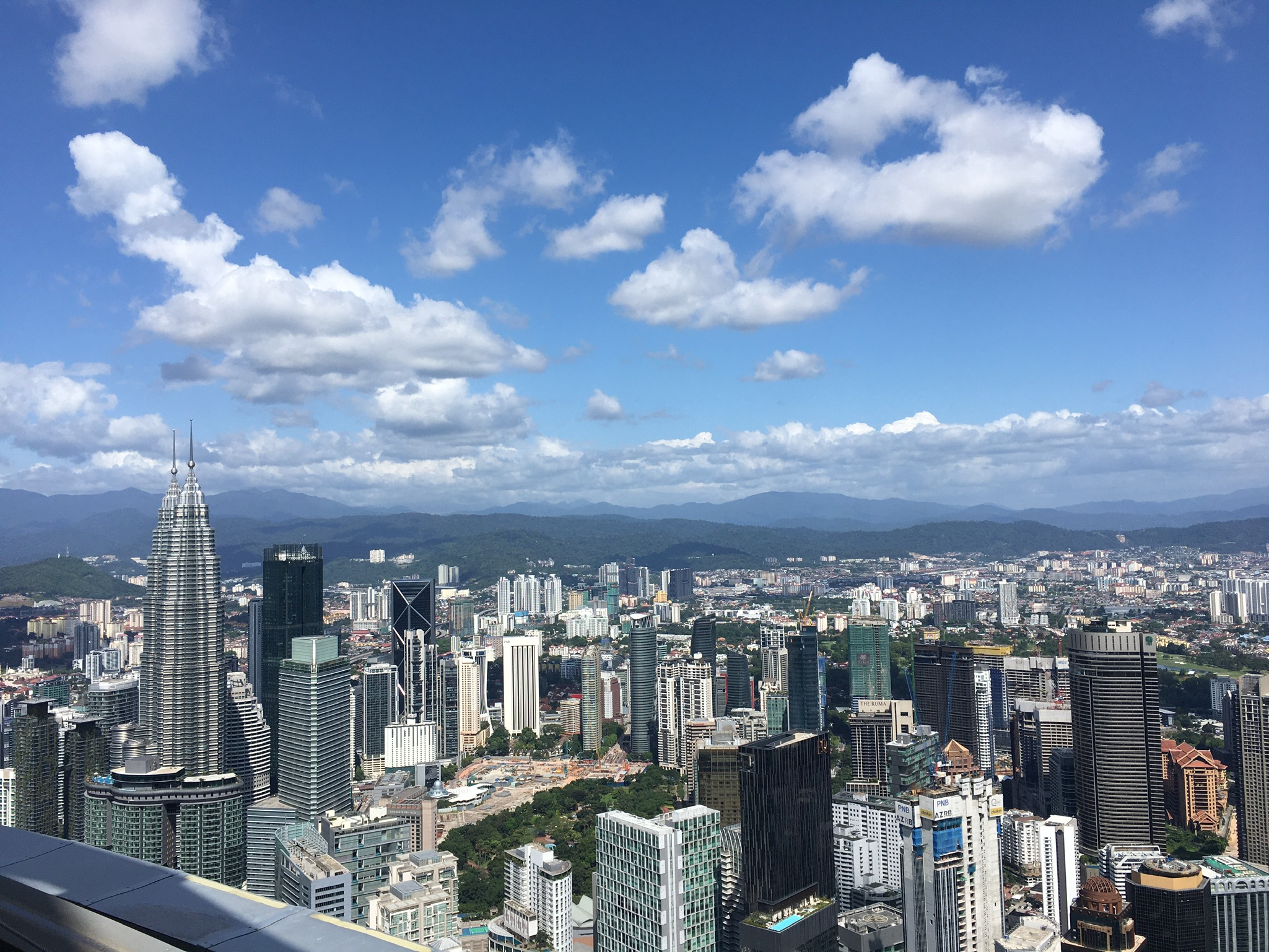 Why did you gravitate to the Wine and Spirits sector? Would you tell us about your experience as a Sales Manager in Shanghai? Did that point you to your career?

It especially began with a desire to see the country, for a change of scenery, and as often happens and I explained earlier, was an opportunity. In August 2011, a few weeks before starting an internship in the Paris region, I couldn't convince myself that I really belonged there. A friend had just come back from Shanghai and told me about his exchange - about a completely different culture, and about his life in this intoxicating megalopolis where everything happens at 100 km an hour. I think that convinced me pretty quickly.

Did your experience in France at Hennessy open the doors to the international market?

Certainly. But it was also a matter of opportunity that came up between the sector I wanted to work in (international wines and spirits) and reality.

At the end of my internship, I set my sights on getting my first job in China, where my gap year in Shanghai would help me gain some legitimacy. But the rise in power of the new Party leader in 2013 (Xi Jinping) created a poor market condition for many international companies, especially in the luxury sector.

I quickly used Business France (VIE) to see what was out there. It took a few weeks but I found a Wines and Spirits company that was looking for a representative in Gabon, Africa. The advert didn't mention the name of the company, but I found out at my first interview that it was for Moët Hennessy. After that, everything happened pretty quickly. 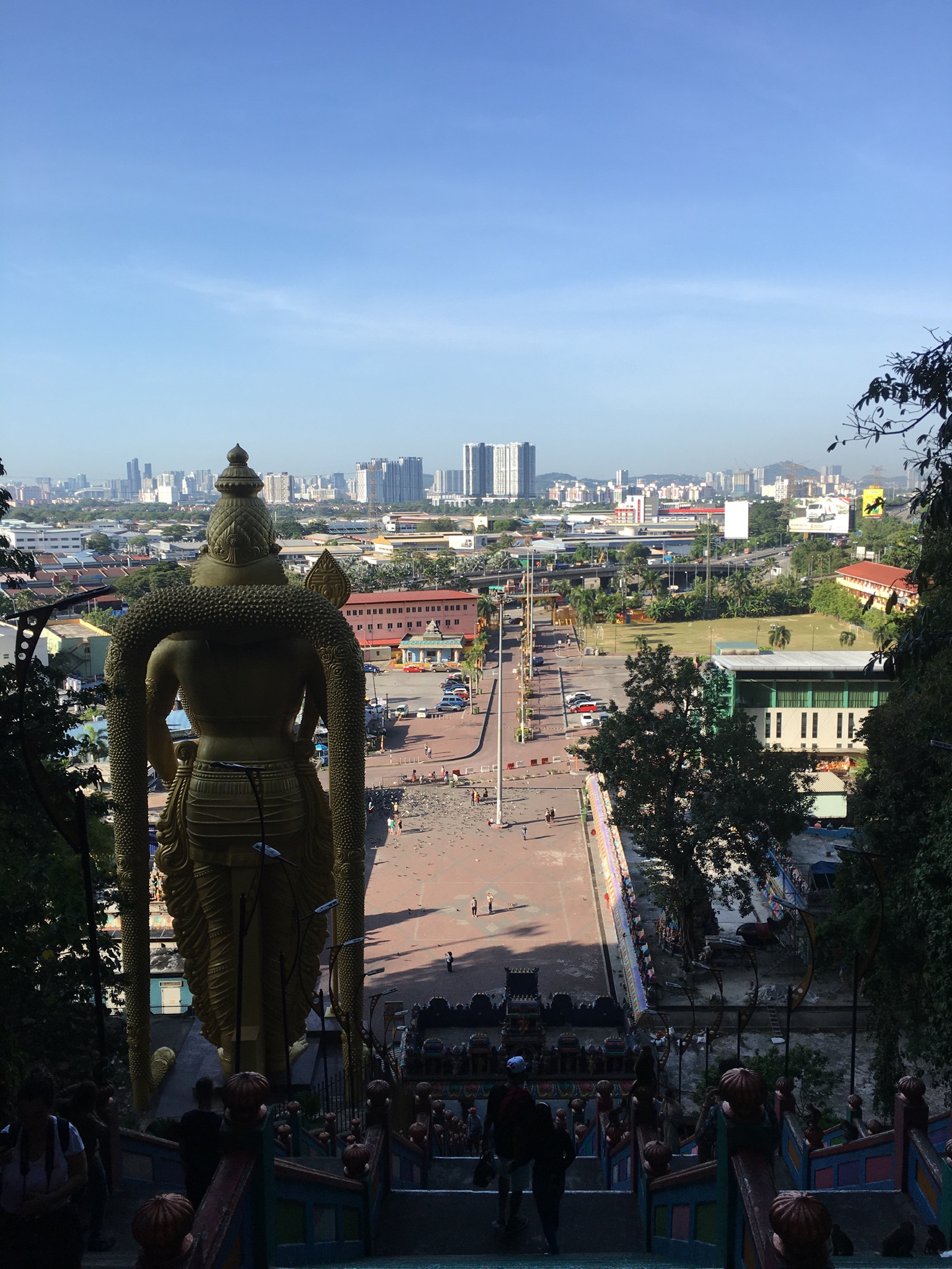 You've been in Kuala Lumpur for more than two years. How did it go in the beginning? Is it easy to fit in, both in your personal and professional life?

On paper, moving from Libreville to Kuala Lumpur was like moving to another planet. I had spent two and a half fantastic years in the former and I had become very attached to my life there. Moreover, being the only Moët Hennessy representative in the country, I had a lot of autonomy in my work, and it was based on relationships with our local importers and distributors. On the other hand, in Malaysia, there’s a team of 70 people and a mature market. But, because there is little in common between these two worlds, it almost made things easier. In that situation, the environment becomes so stimulating that you quickly embrace the situation. 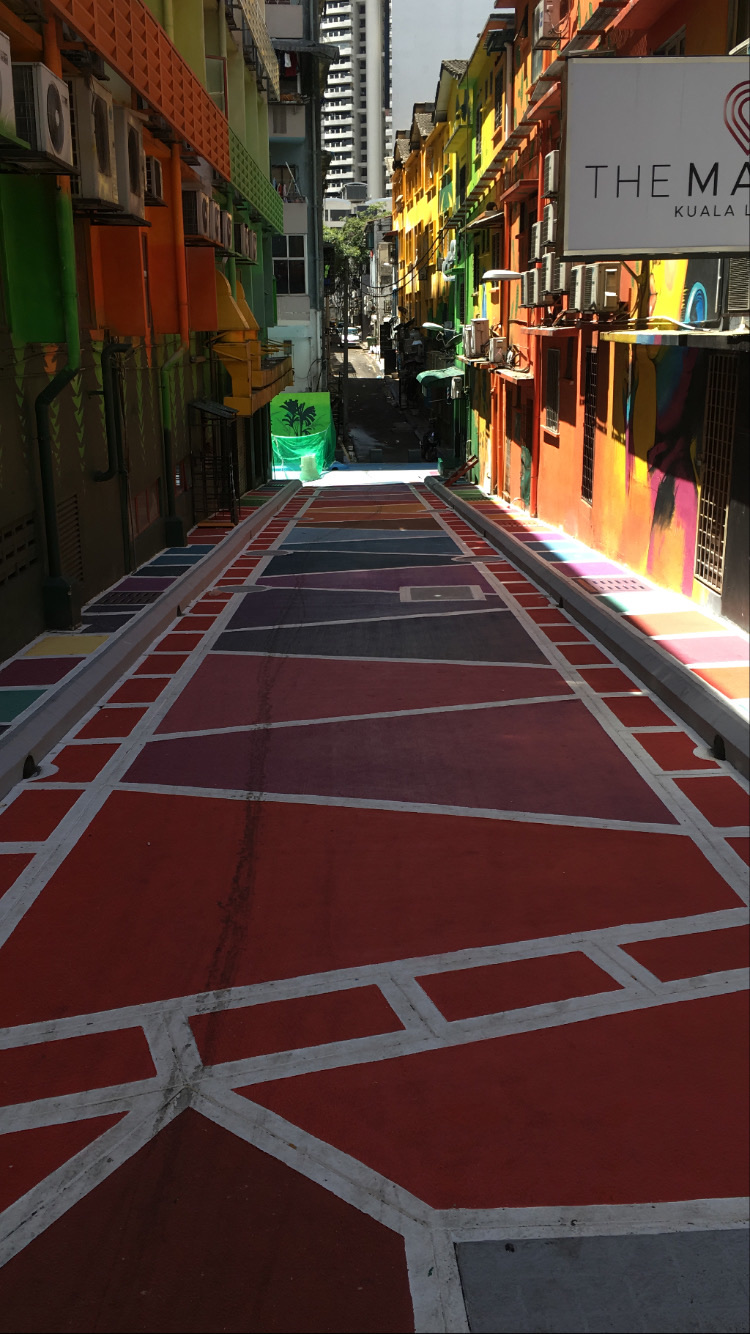 Do you have any advice for graduates and future graduates who would like to move to Kuala Lumpur?

In terms of getting hired, it depends on the sector and the profile of the company. My experience has been more with international groups, and a VIE is obviously a very good option. Another option would first work in France before you apply for an internal transfer.

But I also have a number of friends who came to Kuala Lumpur without a job and were able to find a job on site. The cost of living is very low, which makes things easier. Also, since I didn't have the chance to mention it, but it's a beautiful country. 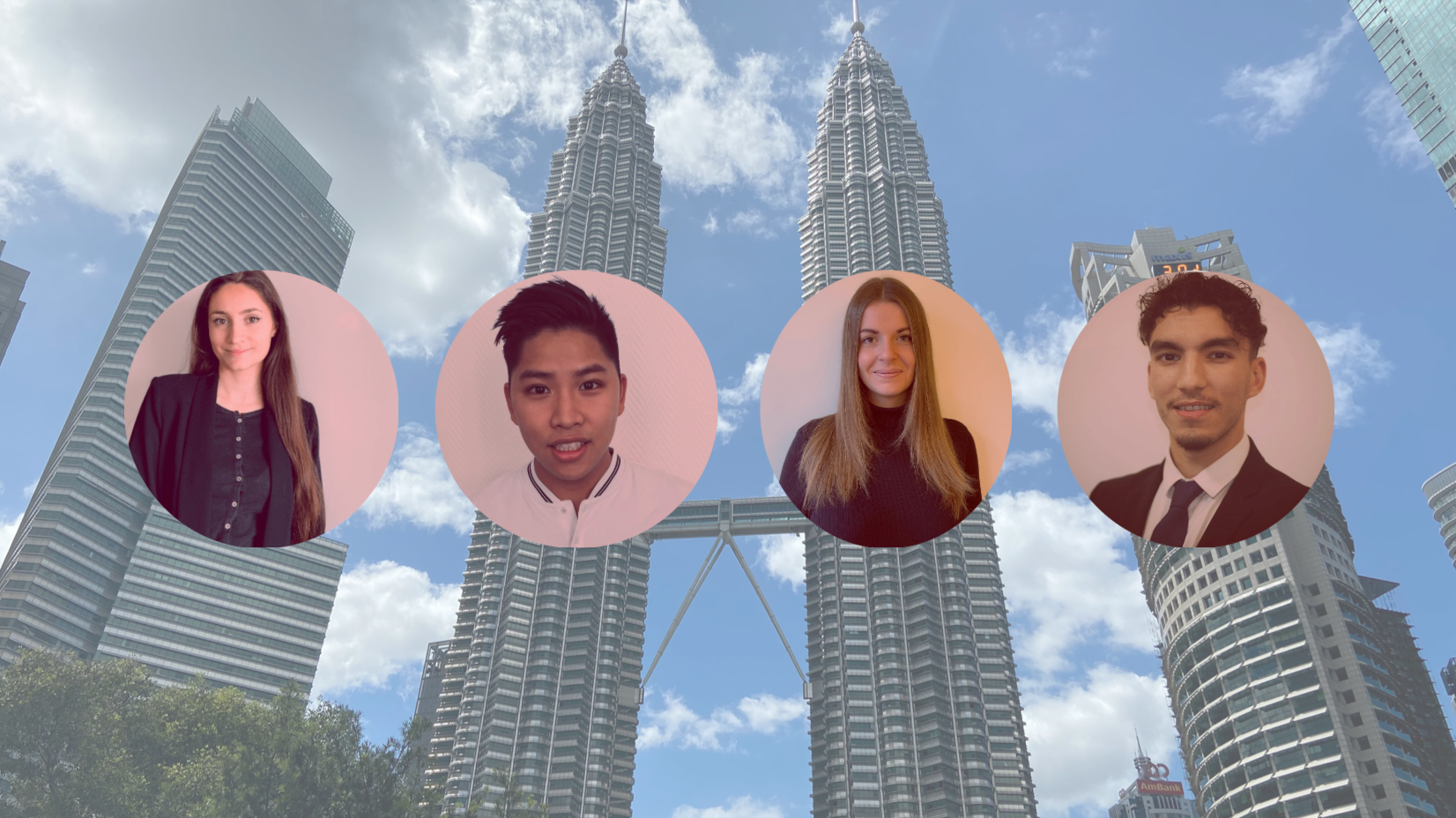 Interview conducted in Singapore by Clémence, Stivell, Estelle, and Adel, students of the KEDGE Alumni Travel Pro-act of Asia.