With close to 20 years of experience, this KEDGE Alumnus has gained many international skills in the sports sector. 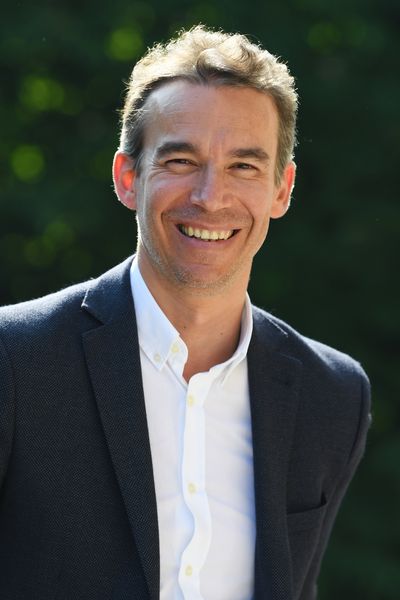 Former French taekwondo champion, he started his career in 2000 with the Fédération Française de Taekwondo as the Head of the Training Department, then a high-level Director and Assistant National Technical Director.

In 2010, he went to work as a Technical Advisor at office of the Minister of Sports, Chantal Jouanno. In 2011, he was assigned as Olympic Attaché for the London 2012 Olympic and Paralympic Games. Based in the French Embassy in the United Kingdom, it plays a leading role in the entire French ecosystem that affected by concerned Games: the CNOSF, the CPSF, the sports federations, the Government – including the Ministry of Sport and the Ministry of Foreign Affairs – as well as French legislators in charge of sports issues.

Michaël Aloïsio will present at the final conference at My Way
on 16 October in Marseille!

The "My Way" days are essential events for students while they are at KEDGE. Several departments are working together to make these days special: The Career Centre, Business Relations, Learning byDoing, and Alumni.

For Michaël, work on Paris 2024 began in September 2015, when he joined the Paris 2024 Candidature Committee as Deputy CEO. In April 2018, after many different positions in the professional sports sector, Michaël was appointed Director of Cabinet of the 2024 Olympic and Paralympic Games Organising Committee, along with Tony Estanguet (President), and Étienne Thobois (Director General).

A huge congratulations for this KEDGE graduate for his successful career!

At the heart of Paris 2024 is the conviction that sports change lives.The emotion behind sports are to live stronger. The practice of sports is to live better. The values of sports are to live together. As a tool for education, health, solidarity, and unity, sports have the power to change everything. Aware of the unique opportunity represented by the Olympic and Paralympic Games, we hope that the enthusiasm and energy of the Paris 2024 project will benefit all generations in all the territories in France..