Two of our students have just completed a major sporting course: they’ve finished 4L Trophy rally. In order to participate in the rally, Léa Crusel and Mégann Demilly managed to raise 10,000 euros thanks to numerous sponsors.

An automobile and motorcycle enthusiast since she was a little girl, Léa joined the Kedge Motors Club Bordeaux association.

"I acted as Communication Manager and 4L Trophy Project Manager. I had always been excited by the project, and the chance for me to participate came up. To make a trip like this and spend 24 hours a day with someone, you have to find the ideal teammate. In addition to being a great girl in my same year, Mégann was very motivated by both the automobile aspect and the humanitarian challenge. So she offered to join me,” Léa explains.

The two young women were also lucky enough to be selected as ambassadors for the Enfants du Désert (Children of the Desert) Association. "It gave us the chance to spend a day with the kids at a school built by the 4L Trophy, which made us realise how important our humanitarian gesture was to them," they said.

Our two Kedgers say they learned a lot from this trip, "You mustn’t be afraid to get out of your comfort zone, to question what you take for granted every day [...] There, children don’t have the material means to go to school like we Westerners have. But they aren’t particularly unhappy, even though they don’t have access to the things we have. [...] We realised that there were also a lot of female teams who were there, among other reasons, to prove that they had a place in this male-dominated environment."

Léa and Mégann, anything else to add? 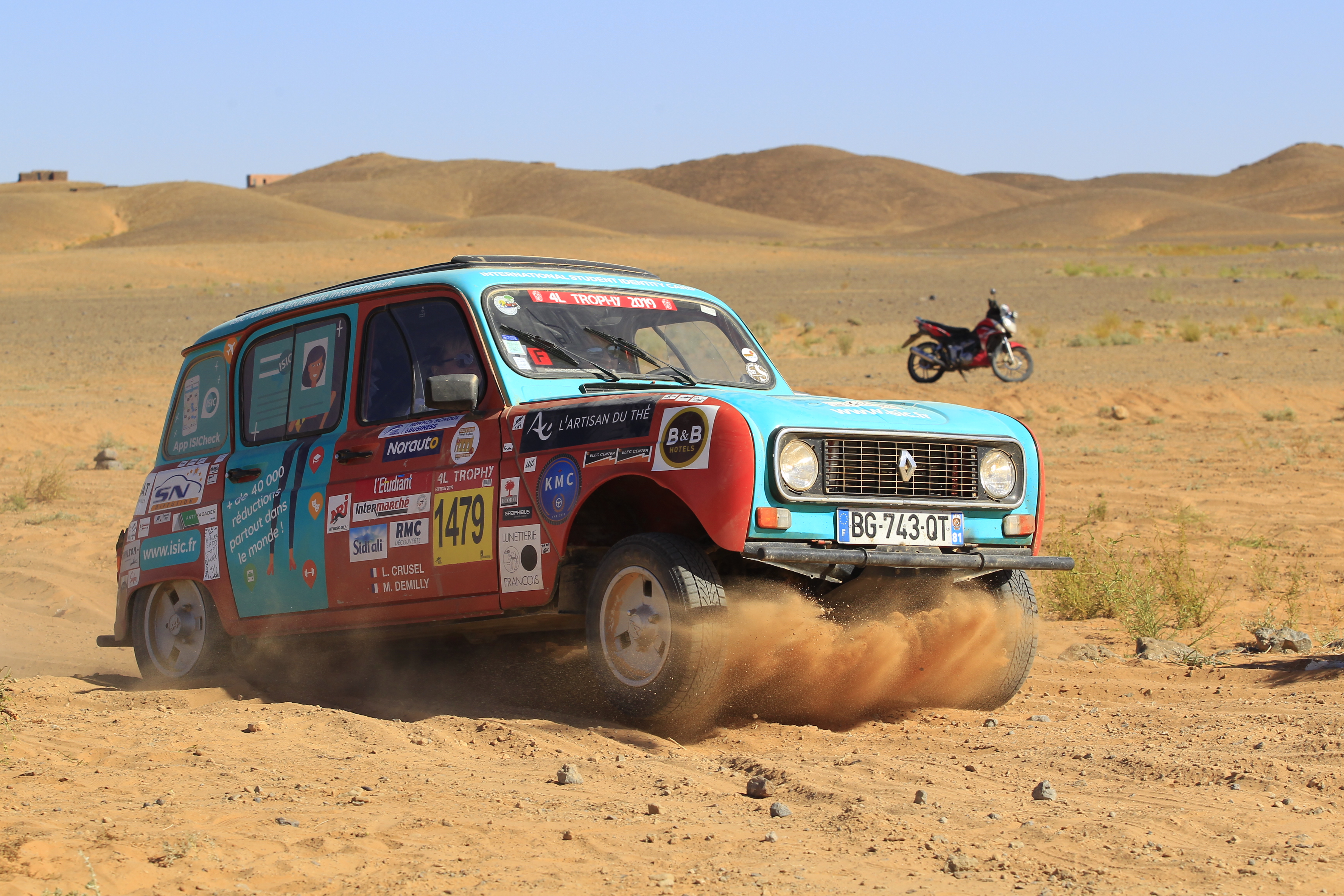