One year after the unveiling of KEDGE Business School’s new graphic charter, it’s now KEDGE Alumni’s turn for a remodel so it’ll be in sync with the global image of our school. It must be mentioned that KEDGE Alumni has not changed its visual identity since the site was redesigned in 2016. The "Pyla Yellow" and the "Cloud Grey" with which you’ve been familiar for several years has disappeared, leaving in its place a duo of blues from the school's new graphic charter. The logo, also unchanged since 2016, has given way to one that is up-to-date and modern, yet remained upscale.

A more modern and upscale image

The purpose of this redesign is to give the Alumni network a younger, less conservative image while remaining upscale. Most business schools and universities, whether French or international, have a more "old-school" image, which we want to preserve, but remain relevant at the same time. KEDGE Alumni is now an integral part of the school's development strategy, so it’s logical for the network’s image to be in line with the school's overall image so that it will appear as an extension of what’s offered on campus. 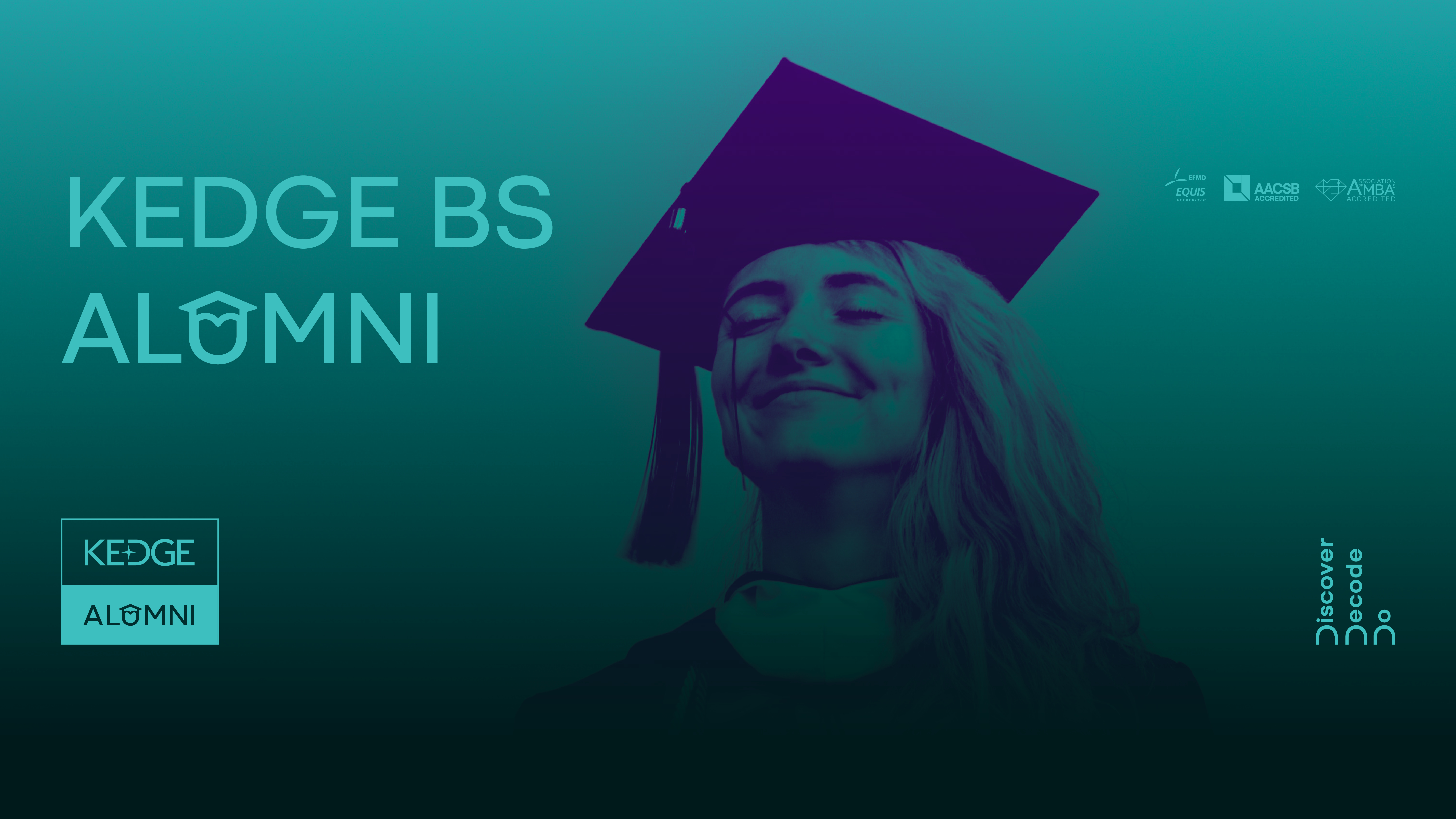 With this turquoise blue, on a grey background, KEDGE Alumni projects a more up-to-date and modern image. As of today, all of the network's media will change and display this new identity. The change has already taken place on this site, which we’d like you to browse to get a more detailed look at the result. Our Facebook, Twitter, and Linkedin pages have also been updated.

The school's graphic charter was adapted to the KEDGE Alumni network by Nicolas Ballester, the school's Graphic Designer, in collaboration with our teams. We sincerely hope that you will like this new identity and, as one of the school’s Alumni, make it your own.