Resistance fighter at 20 years of age

René Marchadier studied at KEDGE (at the time Sup de Co Bordeaux) from 1940 to 1942. He became a member of the Resistance in 1943, just after his graduation.

Freshly graduated, René moved to La Rochelle where he got a position as a civil servant in the Finance Department, in 1942. While his career seemed to be mapped out, an event turned his destiny upside down. He met a British airman on a train that was taking him back to Bordeaux. Making an impromptu and spontaneous decision, he took him in. Everything then followed: he joined the "Honour and Patrimony" network and became part of an underground movement in the Massif Central. He was in charge of about thirty people who were mainly responsible for retrieving weapons that had been parachuted.

In 1944, back in Bordeaux, he joined the "Alert" group. His mission was to ascertain the location of German weapons and artillery warehouses. He discovered one of the largest stocks of weapons and ammunition in the mines of Jonzac. With the collaboration of STO workers (Service du travail obligatoire / Compulsory Work Service) René carried out the largest sabotage operation executed by a network from Gironde: the destruction of the Jonzac depot.

On 30 June 1944, German arms and ammunition wagons exploded in Jonzac. Despite the operation’s success, René could not hold back his grief - one of his accomplices died in the explosion and another, who had been arrested by the Germans, was shot. -  http://lesresistances.france3.fr/

The Legion of Honour for René Marchadier

In 2010, at the age of 88, at his home in Sainte-Eulalie, Gironde, René was awarded the Cross of Knight in the National Order of the Legion of Honour by Admiral Alain Bereau for his glorious past as a member of the Resistance. The former inhabitants of Jonzac remember his name, and the mark he left on local history. 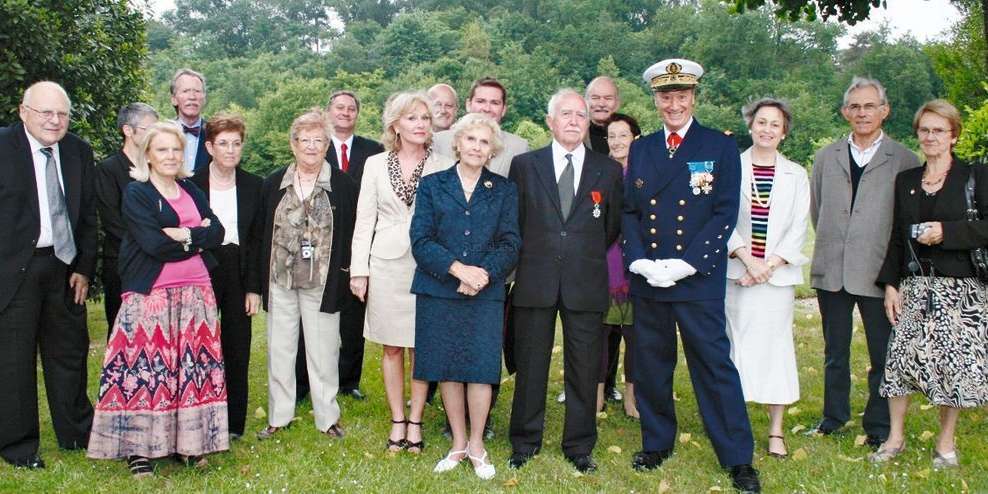