Say a few words about yourself.

Tell us about your curriculum at KEDGE.  Why did you decide to do an MBA?

I was not like others because I did the ISLI late. Before I started the ISLI in 2010, I got a master's in purchasing and sales from IUP in 2001. Then I specialised in sales (even though I had learned the different functions of a company, such as management control, production management, purchasing, at IUP).

I worked as an ERP Account Manager for CEGID, then VISEO, because I wanted to sell "involving and strategic" solutions but without direct added-value. Beyond the business side, I was able to use the knowledge I acquired from IUP on the different business functions, such as accounting, finance, sales, purchasing, inventories, etc.

Nevertheless, as time went by, my enthusiasm for sales began to wane, I found my salesman hat to be a little less attractive, and I dreamed of moving to the operations side of things. That's why I decided to go back to school. I spoke at length with my colleagues at the time, and did a skills assessment (which confirmed that I wanted to move into operations), so I applied to several Supply Chain schools. After a tough but worthwhile application process, I was accepted at ISLI. As an aside, I had to deal with the purchasing director of an automotive company, who had pre-conceived ideas of salespeople. He couldn’t understand why I wanted to move from sales to operations and didn't think I was capable of complete the course. Finally, and fortunately, he acknowledged his mistake in a glowing speech when I graduated. So that's how I ended up at KEDGE. But I chose it because of its master degree ranking, which at the time was the most recognised in France and Europe. I attended KEDGE full-time in Bordeaux. 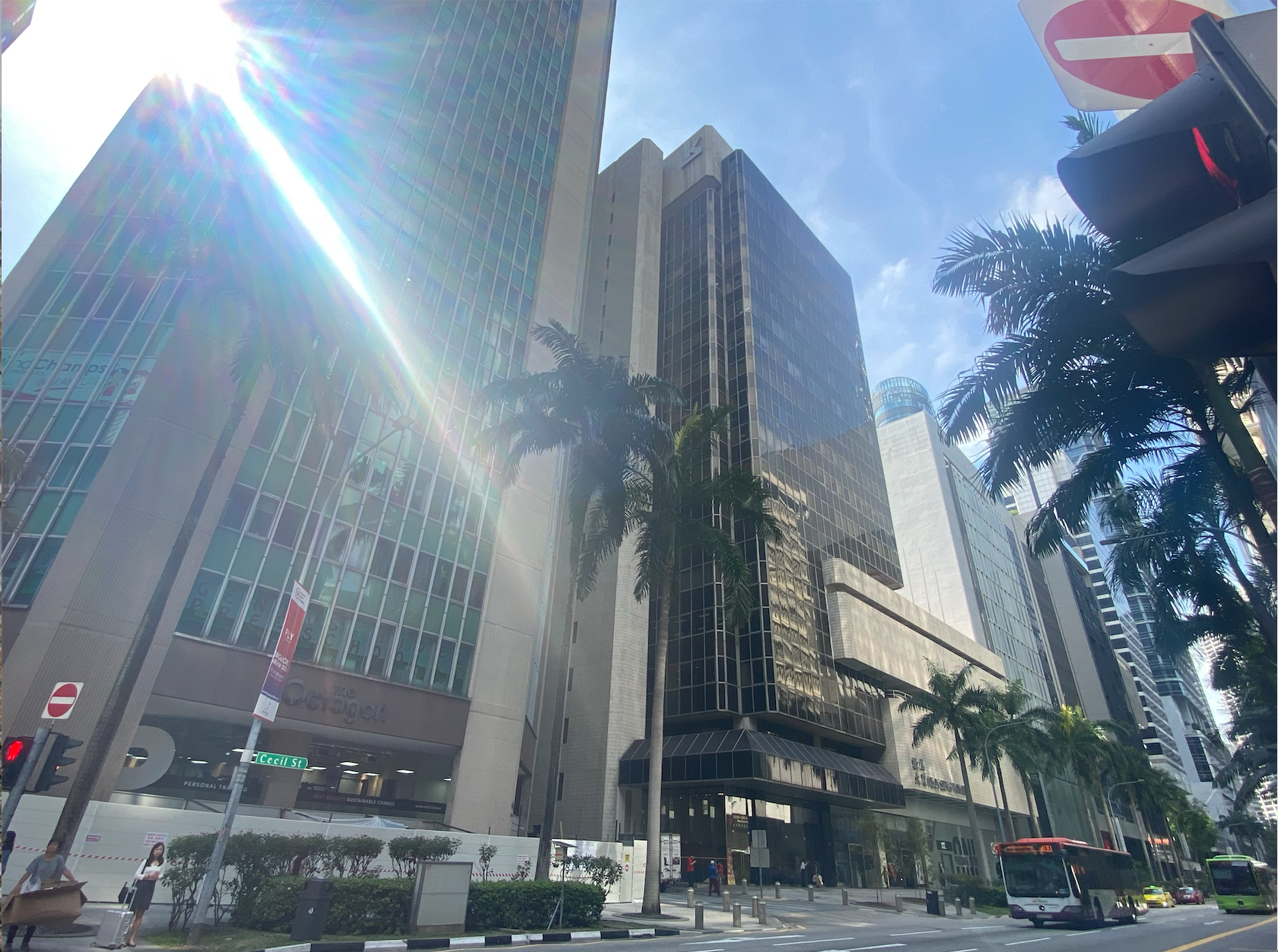 Why did you decide to go to Asia, and particularly to China at first?

When I finished the ISLI, I initially started looking for an internship in France but was coming up against reluctance from employers because I was a 33-year-old former salesman. It was difficult for them to hire someone who had a profile like mine, and difficult for me to accept job offers because, as I had worked before, I had certain requirements in terms of salary. This was my main difficulty and the first thing I noticed. Additionally, I hadn’t had the chance to travel nor had I spent a semester abroad, since I saw my young seeing my young friends applying for VIEs, I thought that it was the opportunity to do so.

I remembered having visited South East Asia before I did ISLI, and that part of the world seemed nice, so I decided to go there.  Perhaps partly because it was easy, but mostly to increase my chances of success. At first, I was looking for internships in more attractive destinations than China such as Bangkok, Ho Chi Minh City, and Singapore. Thanks to ISLI and the KEDGE network, I was put in contact with a company called Leroy-Somer. It’s a French company that builds engines and has a factory in Fuzhou. They were looking for someone who could help them implement a traceability process, so it was a bit of IT but also procedure, which is why they were interested in my profile. 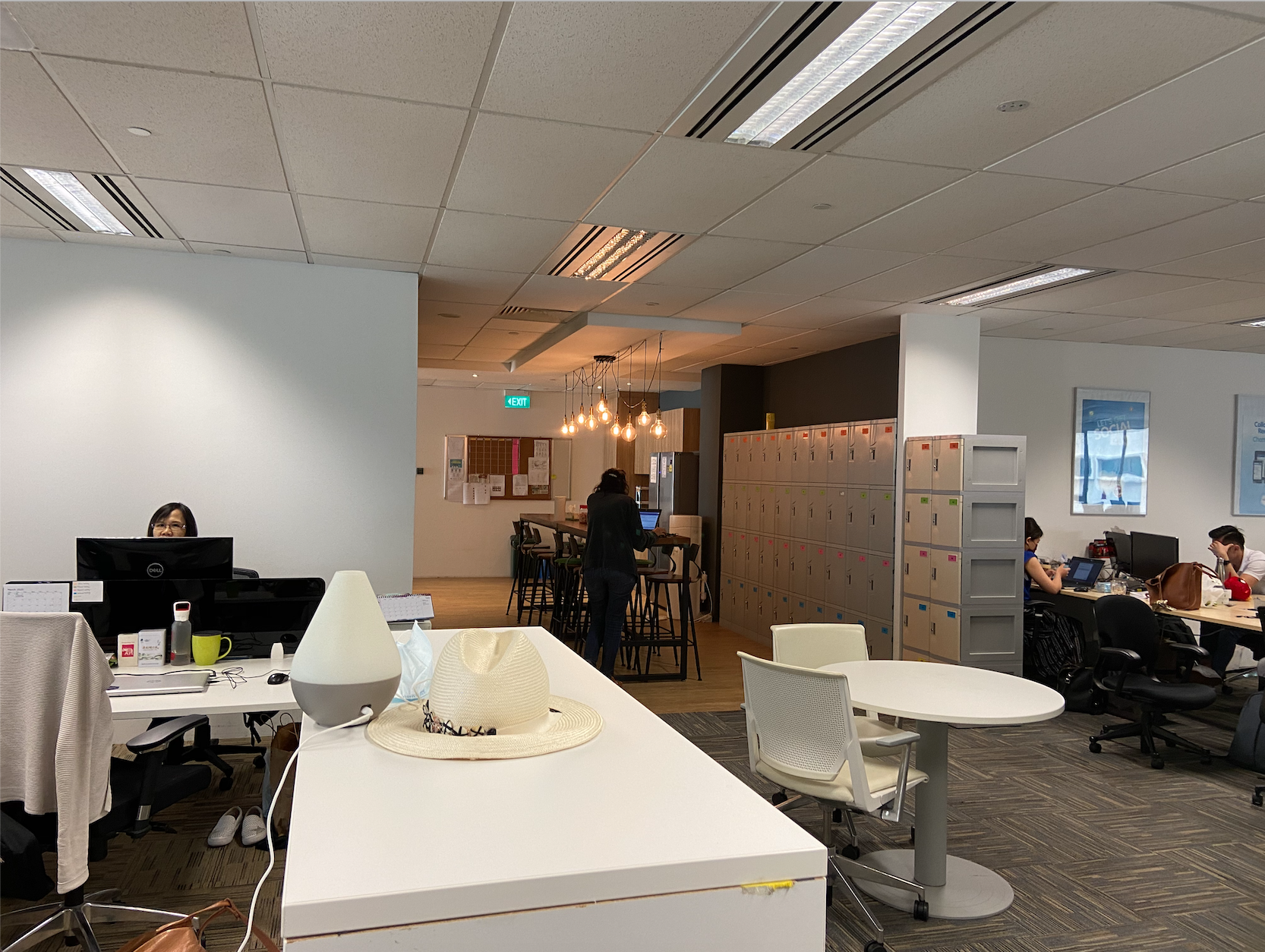 Would you tell us about your experience in China (difficulty meeting others and options considered)? What did you do there?

After Leroy-Somer hired me as an intern, I moved to Fuzhou. Fuzou is an industrial city which is called the final-third in terms of its international exposure, despite the fact that it has nearly 10 million inhabitants. As an intern, I was well received by the local teams and some of the other expatriates. I took possession of my apartment in a student residence in what could be called a “risky” neighbourhood. The first months were very hard. It was challenging culturally, because I didn't speak Chinese, and I had never been to China before. It was also hard to fit in because there are only 800 expatriates out of 10 million inhabitants, and half of them were of Asian origin. As for the Westerners, 70% of them were teachers. So, in the beginning, it was difficult to adjust and fit in immerse culturally. On the other hand, it was extremely interesting on the professional side because there was a lot to do.  There was also a great deal of agility, flexibility, confidence, and trust that I might not have found elsewhere. It was very rewarding. Afterwards, I learned enough Mandarin to be able to communicate on the production lines.

The first three months were also difficult because I also had my 100-page thesis to write, which I wrote over the Chinese New Year all alone in my apartment.

Those problems made me question my career plan and the year I had spent at KEDGE, but after six months there I was delighted with the experience, as well as having taken a bet on getting out of my comfort zone. Some people around me were impressed by my decision and my career path, whereas for me it was mainly because I wanted to discover another culture.

For the record, the then-director of ISLI was not in favour of my doing an internship in China because of my background. In fact, he considered it to be a risk because I was doing a career change at the age of 33. Afterwards, he understood that it wasn’t a question of my leaving for six months, but that it was part of a long-term project.

If there’s not any real will or plan behind your move, you run the risk of becoming demotivated, not adjusting, and so failing in your experience abroad. To do this, you have to try to understand the culture, be respectful, and know-how to remain humble.

After the six-month internship was over, I extended my contract with a six-month local contract, which let me bring my project at the factory to the end. Then because I planned to stay in China, I found a position as representative office manager in Ningbo. I tracked purchases and shipments that passed through France, as well as follow-up with suppliers, factory audits, follow-up of quality inspections, etc. I had the chance to be part of the office’s development and growth. We went from a team of 10 - mainly quality inspectors - to a team of 40 people with greater scope.

I think that opportunities are created more easily internationally and I am not sure that I would have gotten a similar position in France. Also, I met my future wife who is Singaporean, so we went to Singapore. The interesting thing about being an expat is that you can meet incredible people, maybe even your future partner. 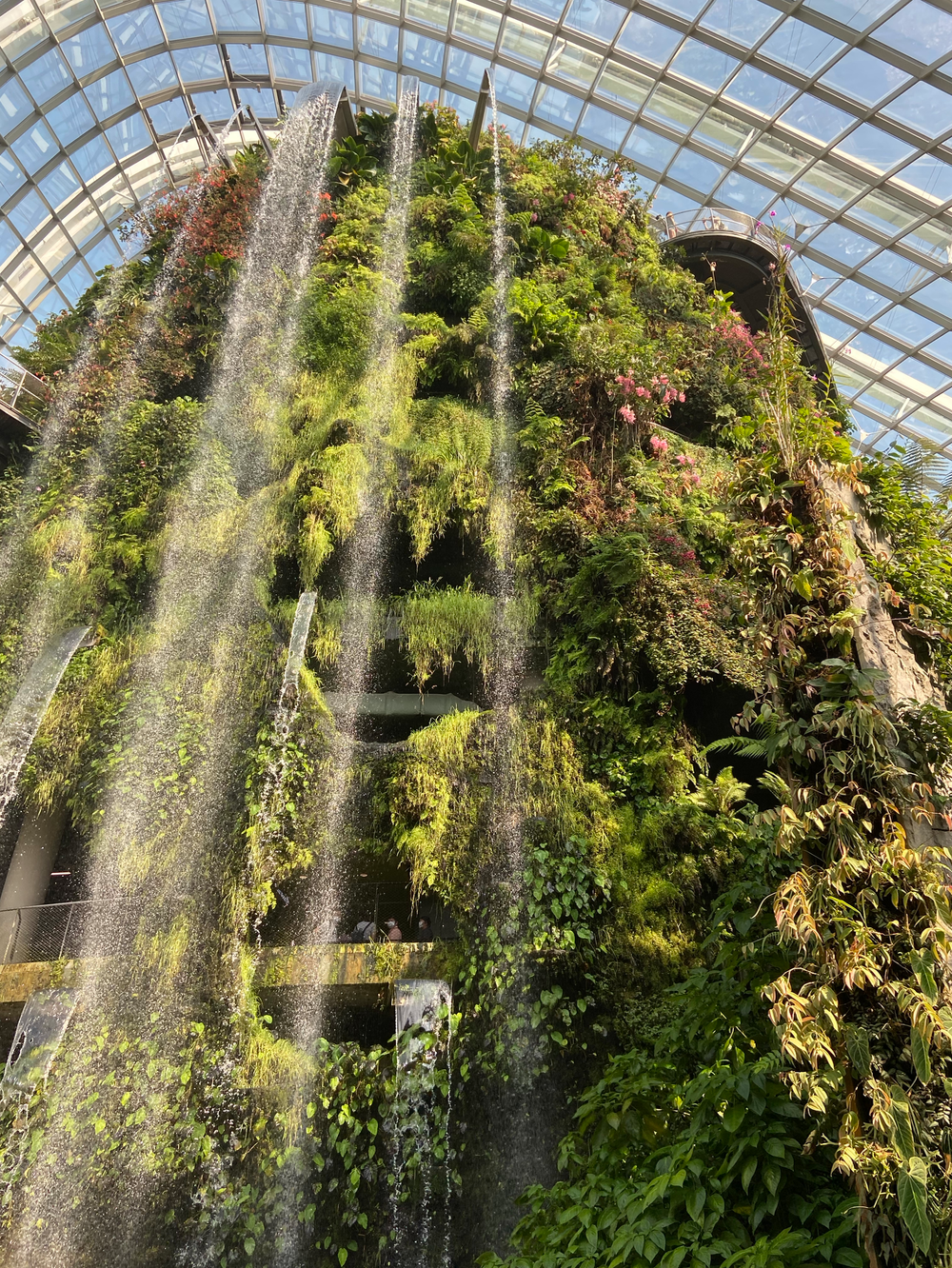 Do you feel more fulfilled in Singapore than in China and, if so, why?

This question is complicated in the sense that there are always good points and bad points no matter where you go. I don't want to compare, but I think there are cultural, professional, political, and social aspects that potentially make each person flourish better in one place than in another.

As for me, Singapore suits me better on certain things, because I’m an organised person who likes efficiency; it’s my comfort zone. Singapore is perfect for that. It's clean, the administrative services are efficient, people are polite, you feel safe… it's an environment that suits me better.

China did bring a lot to me as it showed me my ability to push my limits and adjust to an environment that is a somewhat unfriendly and difficult. The first three months in China were definitely difficult, but after four years in Asia, I think I was already more fulfilled. In my opinion, fulfilment means a place where you are in tune with the different parts of yourself: professional, personal and social. A place where you are in harmony with yourself.

How do you find life in Singapore on a day-to-day basis?

When I moved to Singapore after having lived four years in China, I was able to take full advantage of everything Singapore had to offer me such as, ability to communicate, an unpolluted blue sky, cleanliness, security (even though security also existed China). I think I enjoyed move to Singapore even more because I came from China and not from Europe. It was a total change of scenery. There is less culture shock between here and Europe, for example, than is the case with China.

Life in Singapore is very nice (jobs and opportunities, housing, transport, going out, travelling, etc.) and I’m very happy here. However, there will always be things that you’ll miss, such as family and friends, nature, etc. Another thing different is that here the social costs, such as retirement, social security, and unemployment, are the responsibility of the individual, but we have to accept it. So we can have a pleasant lifestyle in Singapore, but some things we have to pay for ourselves. 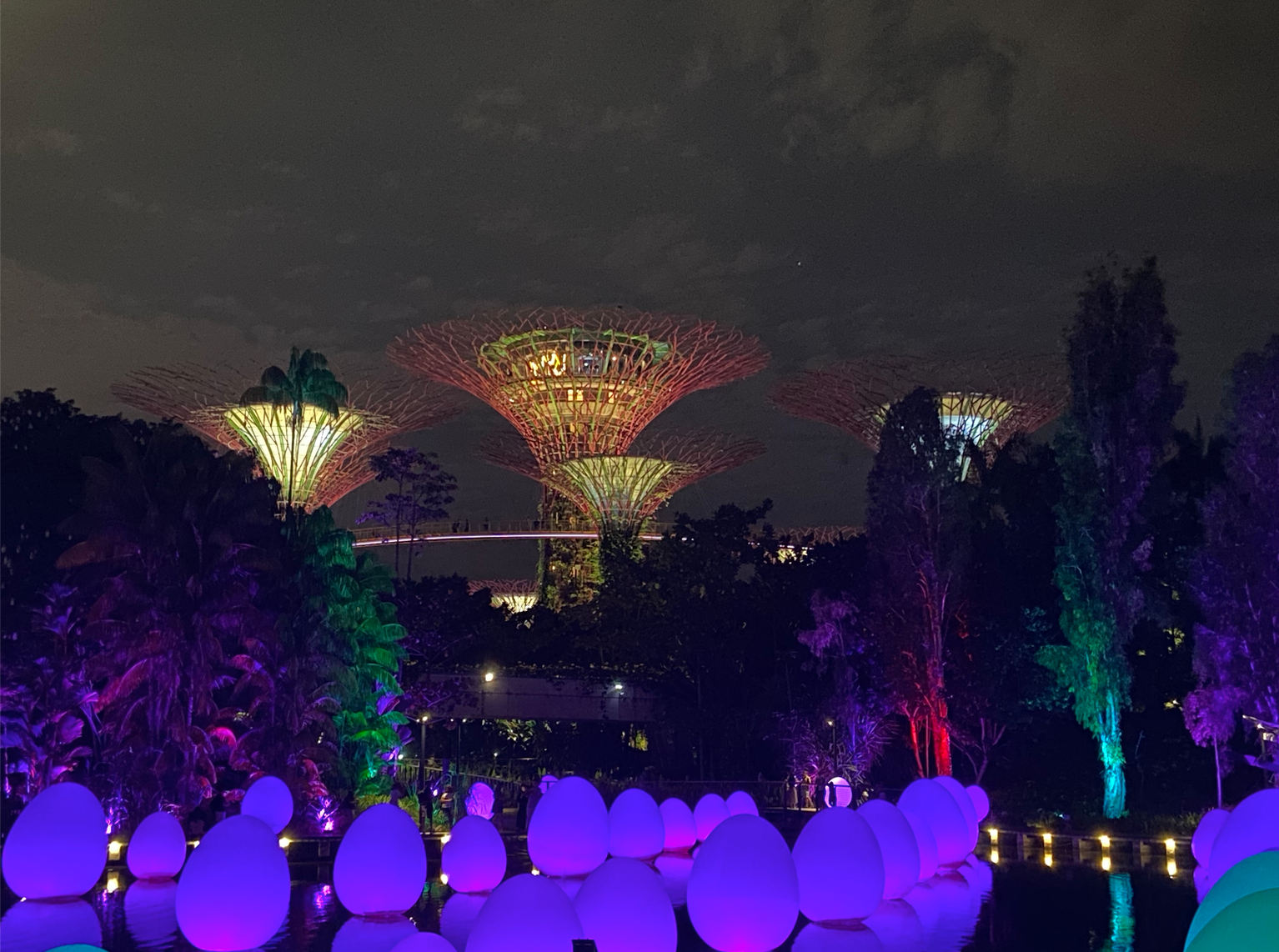 Do you think you will stay in Singapore a long time?

For a long time?  I don't know. I have friends who've been here for about 15 years and are planning to stay here. If I leave Singapore, it's not because Singapore isn't good, but rather because I'd like to do, see other things. Leaving again would put me in an uncomfortable situation where I could discover and recreate again. I've developed a taste for travelling, I like to get out of my comfort zone and I'd like to discover more things.

Do you have any advice to give to graduates and future graduates who want to live in Asia?

I came to Asia because I had already taken a small four-month trip to Southeast Asia, so I had a few points of reference that made me more comfortable and accustomed to the lifestyle.

I think it's important to ask the question, why do you want to move abroad? The question goes beyond expatriation: why do you want to leave your home, your job, far from your comfort zone? If it's to escape from reality it's not a good idea, but if you have a plan (return to sources/origins, the discovery of new cultures, way of working, ...), it can be a good reason and the risk of failure will be less important.

I know people who have suffered when they have moved abroad. It’s necessary to plan your move, and ideally get information and contact people beforehand, because the imagination can create frustration. An expatriation project must be well thought out, and we must expect difficult times away from family, friends, to be with people with whom we are not necessarily comfortable, a culture in which we feel lost, a language that we don’t understand. The more we prepare ourselves for the challenges we’ll face, the better it’ll be when we are abroad in order to avoid disillusionment. 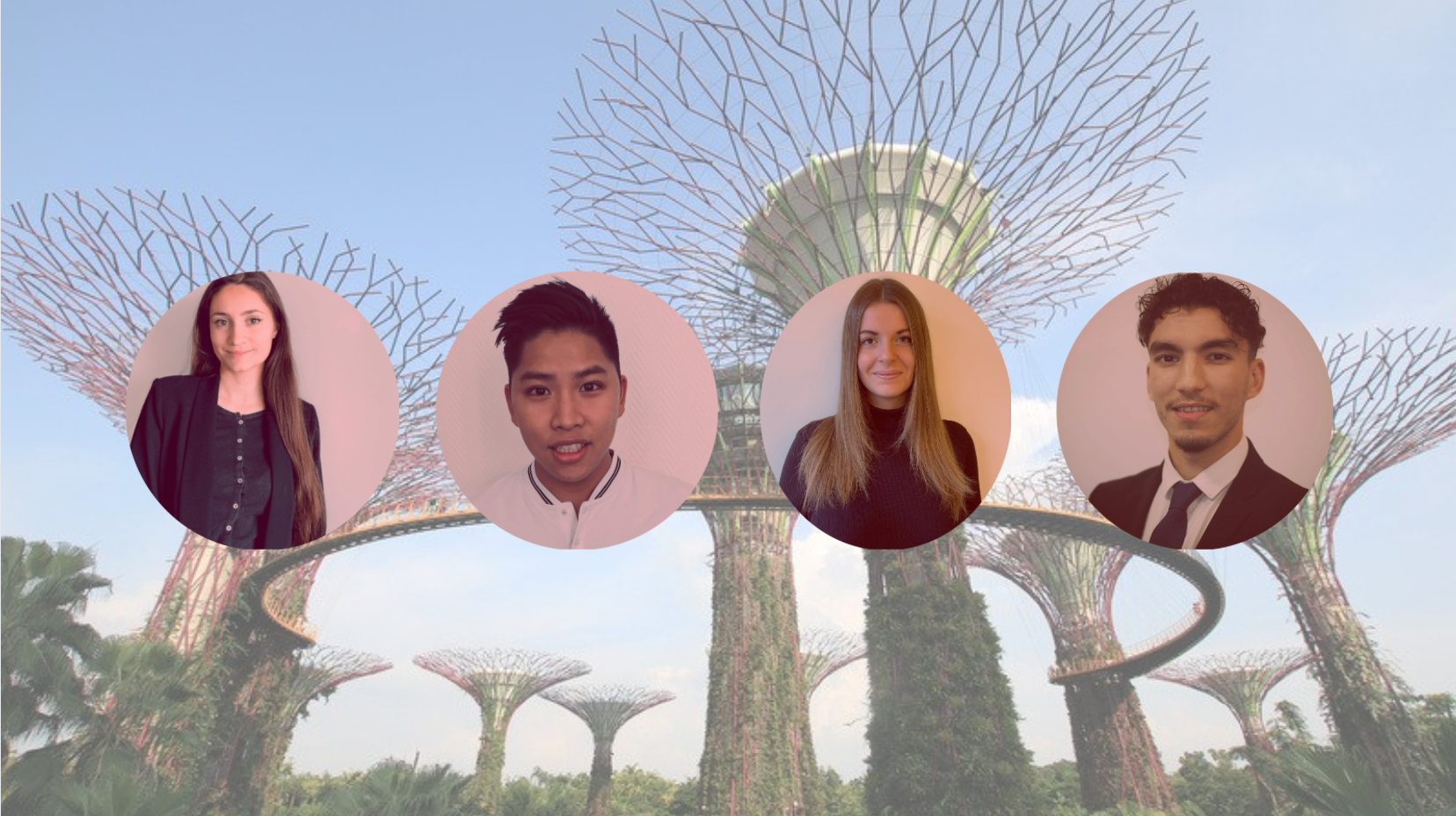 Interview conducted in Singapore by Clémence, Stivell, Estelle, and Adel, students of the KEDGE Alumni Travel of Asia Pro-Act.