Located in the oasis of serenity amid the hustle and bustle of urban life, Luneurs offers a wide selection of flavourful bakeries and ice-creams. A bite of its authentic French delicacies leaves a lingering sensation on your taste bud that is unforgettable. Luneurs, a hugely popular brand in Shanghai that specializes in bakeries and ice-creams, was founded by Qianxin YAN and his three partners in 2018 and swept its customers off their feet soon after opening. Qianxin YAN owes his entrepreneurship and the success with Luneurs to various factors, including his family upbringing, his French background and culture, education in KEDGE and experience drawn from his first start-up project. Let’s zoom in to find out more about Qianxin YAN, a football-loving foodie, and his entrepreneurial story.

Study at KEDGE: from Running A Student Association to Starting A Company

Qianxin was enrolled in the Programme Grande Ecole of KEDGE in 2011 and joined a student association called Phoenix during his study. The association helps young people with disadvantaged background, some of whose parents are immigrants. It aims at ensuring equal opportunities of development for these young people by providing them with support in academic, cultural and sporting activities. Being a Chinese French, Qianxin could sympathize with these young people and thus be more motivated to engage in the management and operation of the association. 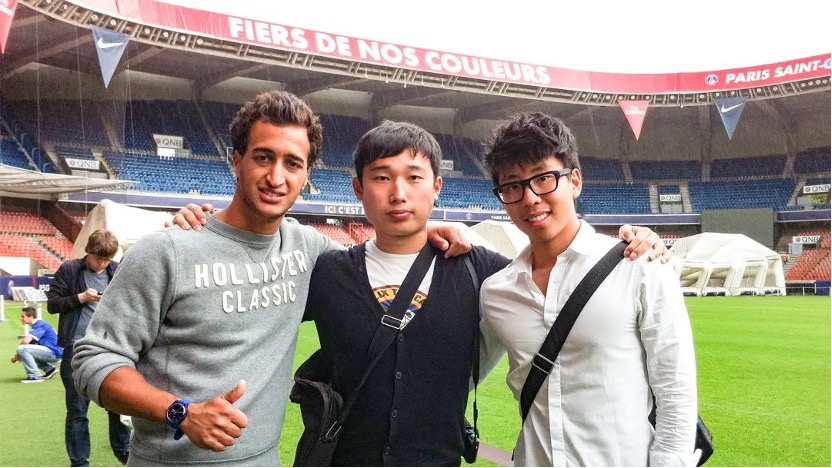 Qianxin came to know many like-minded people in Phoenix. To increase the impact and strength of the association, he led an outreach team to raise funds, which, in his words, shared some similarities with running a company. At KEDGE, there are many seminars on entrepreneurship and their regular guest speakers are managing directors of different companies. These seminars were one of Qianxin’s favourite courses and the sharing of practical experience was of great value to Qianxin’s work in Phoenix.

Phoenix, under his leadership, gradually became the largest and most well-known student association at KEDGE. Its assistance project has grown from 1 to 11, covering over 600 students, and its membership from 20 to over 100.

His experience at KEDGE left not only indelible memories but also had sway over his career choice. Instead of seeking to work for a renowned company, he would rather give full play to his own innovative strength and create values in a field that he enjoys and excels. Therefore, he, together with two of his friends met at Phoenix, moved to China and embarked on their entrepreneurial journey.

About Luneurs: from Crush at First Sight to Long-Lasting Fascination

Where can you find the most tasteful French bakeries and ice-creams in Shanghai? The answer to this question must include Luneurs. Since the opening of the first store in 2018, in only three years, Luneurs has not only enjoyed growing fame in the bakery world, but also opened one store after another. 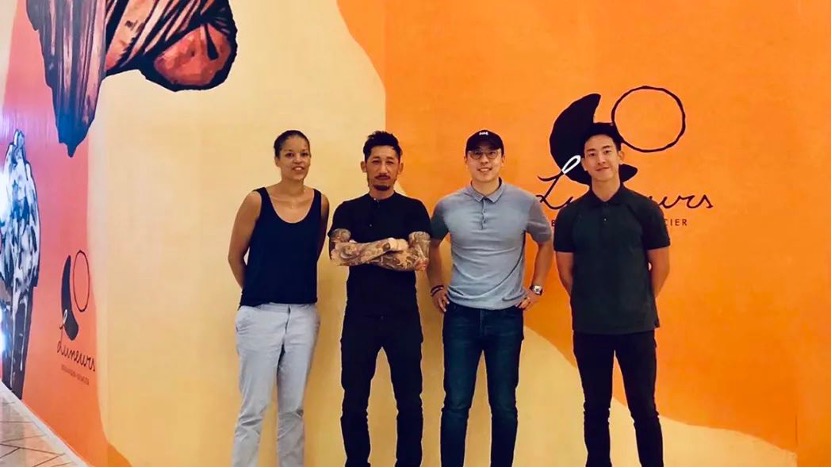 At the outset, Qianxin and his co-founders considered joining a branded foreign franchise and localising the business in China. However, they gave up this idea because of the high franchise fees and concerns over potential constraints that might undermine their creative advantages. Actually, Qianxin had run a start-up project of football teaching with two other KEDGE alumni before founding Luneurs. However, the property owner, also their partner, imposed limitations on the venue, so he had to drop the project when it was sailing smoothly. This experience also prompted him to choose to hold the decision-making power while building Luneurs.

In a market as competitive as Shanghai, it is not an easy feat to start a new brand from scratch. Qianxin and his team, based on previous start-up experience, decided to abide by the following rules: 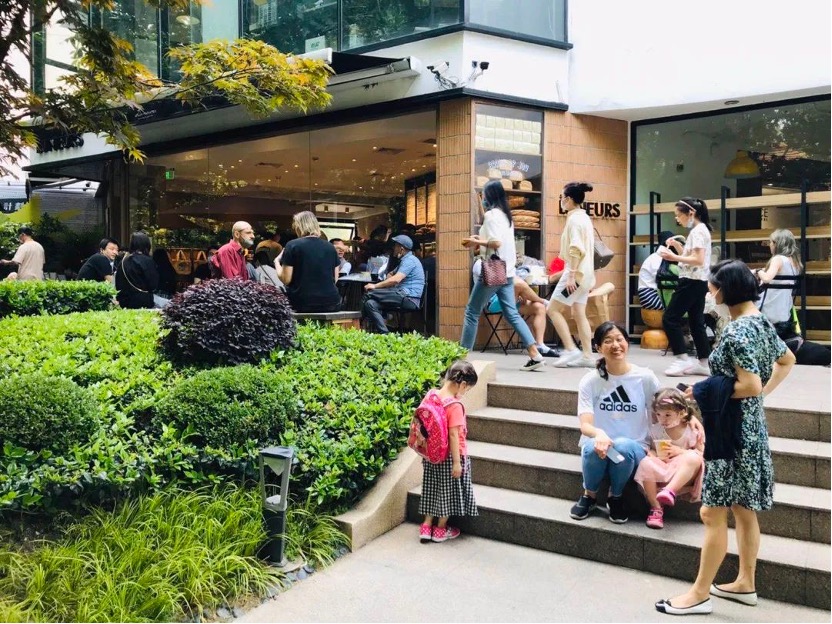 Visual: Consisting of a crescent (Croissant) and a full moon (Ice-cream), the logo highlights the Frenchness of the brand and enhances memories of its star products. 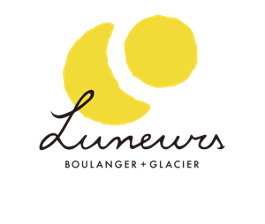 Product: Offer authentic and high quality French delicacies made by hand and by using the best ingredients and recipe. 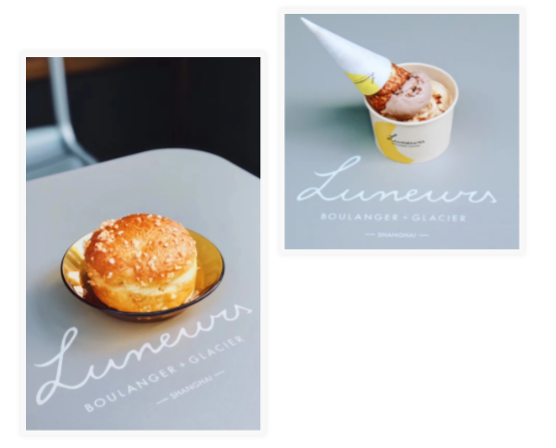 Safety: Customers could see how food is made and serve as supervisors, which guarantee the safety of food.

Deco: Simplistic and fresh French-style decoration allows customers to relax in stores. The indoor dining area gives them the privacy that they want and the outdoor dining area is the common space to share. 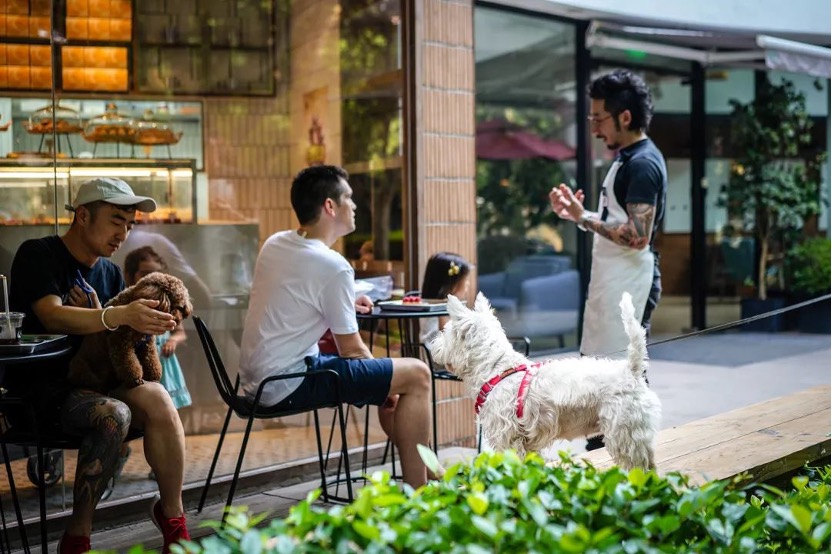 These ingenious rules are pillars of the Luneurs brand. Both the soothing atmosphere of its French-style stores and the tasteful products have won Luneurs many of its loyal customers. Unlike those internet-famous stores, Luneurs is a part of people’s daily routine. A start-up project that features warmth and human touch is what Qianxin dreams of and enjoys.

The Covid-19 pandemic dealt a heavy blow to the restaurant industry and Luneurs was not spared. Fortunately, it had only a few brick-and-mortar stores back then and all the existing ones resumed operation gradually from March 2020. This crisis, nevertheless, brought Qianxin and his team to realize that they must have targeted risk control measures and plans to guarantee healthy business operations during the expansion stage of brick-and-mortar stores.

During the pandemic, no one was laid off or had a pay cut. Therefore, the efficiency of work increased immediately at the resumption stage. Luneurs has always attached importance to staff training to ensure the high quality of products and services. In a time when uncertainties will occur more frequently, Luneurs plans to provide its staff with more concrete support so as to guarantee a stable service team to the benefit of a high-calibre brand.

Luneurs Community, a concept that is consistently advocated, aims at maintaining the relationship between customers and the brand, and among customers. From second-hand markets, jogging, rock-climbing to cycling, Luneurs has tried many of them and will organize more themed activities in the Luneurs Community, so as to improve customer experience and satisfaction and to allow more people to enjoy the relaxing and cordial “neighbourly atmosphere”. 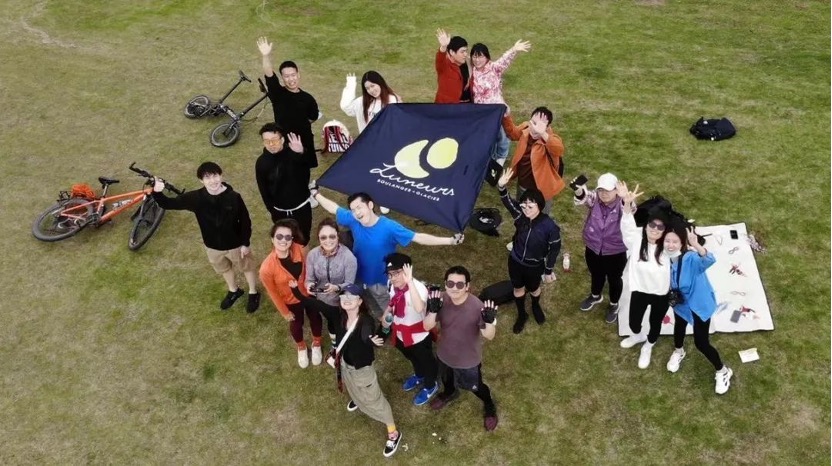 Apart from seasonal and new store limited products, Luneurs is considering new product forms that meet the needs in special times. For example, semi-finished bakery boxes that contain baking guidance and ingredients. New product forms of such will help maintain the normal operation of brick-and-mortar stores even when physical distance rules apply.

Advice: for Future and Current Students at KEDGE

Student associations of KEDGE can offer you an experience that should never be missed. I hope students who are currently studying at KEDGE could join these activities in your spare time. It will not only help you to find like-minded friends and future professional partners, but also improve your abilities to communicate, plan and negotiate, which will prove useful in future work.

Academically, feel free to express your own opinions and communicate more often with professors, which is likely to bring you many internship opportunities. Make your career plan as early as you can. Do you want to join a Fortune 500 company or start your own business? It would be better to answer this question based on your own personality and preferences. 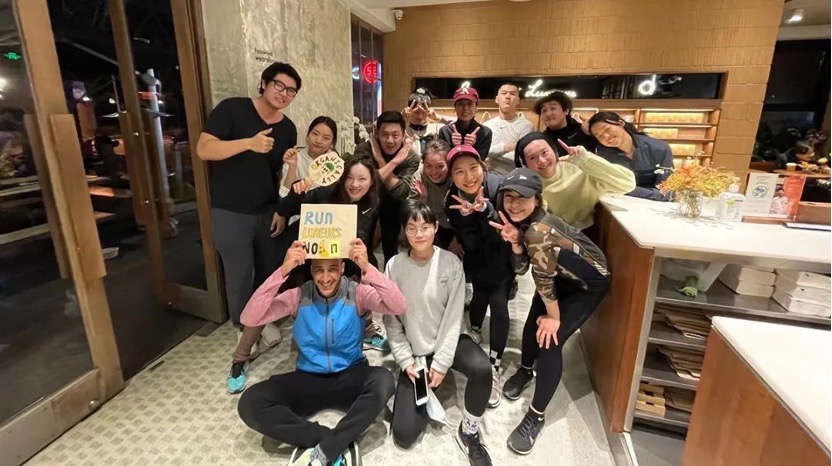